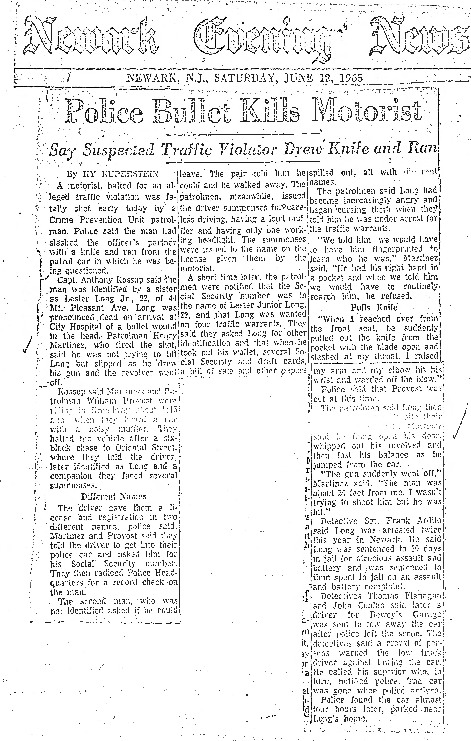 Article written by Newark Evening News reporter Hy Kuperstein on the shooting of Lester Long by Newark Patrolman Henry Martinez. Kuperstein conducted an interview with Martinez at the precinct after the shooting and reported that Martinez said he lost his balance as he got out of the car with his gun drawn. ‘The gun suddenly went off,’ Martinez is quoted. ‘I wasn’t trying to shoot him but he was hit.’ When the official police report came out, this detail was contradicted and Martinez claimed that he dliberately fired at Long. The shooting of Lester Long was one of the most well-known and contentious cases of alleged police brutality in Newark during the 1960s and reinvigorated demands for a police review board. — Credit: Junius Williams Papers