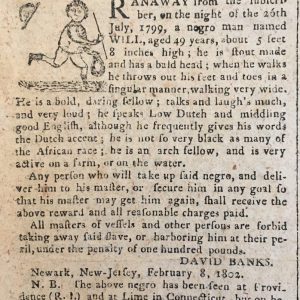 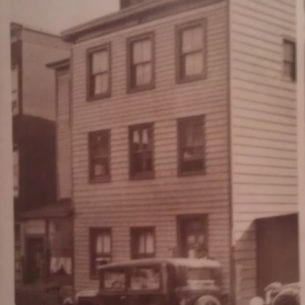 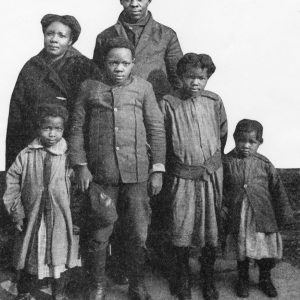 The history of African Americans in Newark dates back to around 1680, when enslaved Africans are believed to have first been brought to the region. By 1694, the colony had already taken steps to prohibit African Americans from handling guns, prohibiting the sale of strong drink (to Indians as well), set fines for harboring “fugitive slaves,” and established tight authority over its enslaved population in a strict legal system. A special Slave Court was established where “Negroes, other slaves, felony and murder cases were to be tried before three justices of the peace…from 1695 until 1768.”


Freedom from slavery by any means necessary was the first act of empowerment by enslaved African Americans, and their supporters, both free black and white. Newark was home to an important stop on the Underground Railroad– a house at 70 Warren Street, built in 1830 by a freedman, Jacob D. King. We believe that King and his father-in-law, Thomas Thompson, an African American stagecoach driver, conspired to house “fugitive slaves” in secret levels of the house, and aid in their transportation to points north. King and his brothers also founded the AME Zion Church in Newark, the same denomination attended by the likes of Frederick Douglass and Harriet Tubman.

The story of Newark’s African American populations, then, is one of struggle against great odds to gain freedom, human and civil rights, and social, economic, and political equality. Unlike other ethnic groups who migrated into the city, Newark’s black populations were initially brought against their will in forced bondage, to build the city and the wealth of its white populations.

In the aftermath of the Civil War, and a southern reign of terror against newly freed African Americans, a new population of black migrants began to arrive in great numbers to Newark from southern states, during what is known as The Great Migration. These migrants, eager for a greater sense of freedom and economic opportunity in the North, instead found new, yet familiar, types of segregation, discrimination, and inequality that they would need to contend with and organize to overcome.