As the story goes, the Puritans purchased a swath of land (most of Essex County) along the Passaic River now known as Newark from the Lenni-Lenape Indians for the sum of $750.00, through goods such as beer, coats, pants, bars of lead, axes, guns, pistols, (gun)powder, and whiskey.

The people who purchased the land came from four different towns in Connecticut.  They were English born or of English parentage. “Their leader was Robert Treat….a remarkable man and the guiding force of the little colony during its earliest years…”

The Puritans left Connecticut when they disagreed with the then present government. About Newark and other areas of New Jersey, they said “There was plenty of unoccupied land” and “they could buy all they wished from the Indians for very little money…They read their Bibles, and prayed before they made up their minds where they would settle”. They came with $64,000 in money, or about $2,000 per family, none of which went towards the purchase price.

Thus the Puritans established themselves as the first European power brokers in Newark. They prided themselves for not “taking” the land from the Indians “by force or (theft)”, sometime before the War for Independence, the surviving Indians were forced onto a reservation in Burlington, NJ and later removed to other locations (see the section on “Native Americans”, this chapter).

Even though African American slavery was not included in Urquhart’s narrative about the “founding of Newark,” there is evidence of the sale of African American slaves and enforcement of the institution of slavery in “East Jersey,” where Newark was situated, by 1680. It is not known exactly when the first enslaved African was brought to Newark, but they were here before most other “immigrant” groups, after the Pilgrim’s colonization of Newark.

The English made good use of the free land and labor, creating farms and businesses that were profitable, creating opportunities for subsequent groups to work and earn their place in the promise of America, very little of which was available to Native Americans and African Americans. Private schools were created, the first in 1676. The “Second Newark Academy” was built in 1761, partially financed with cash, and contributions from the sale of a slave named James, contributed by a Mr. Watts, which brought 40 pounds. Later Saint Benedict’s Prep (1868) served successive generations of sons and daughters of German, Irish and Italian immigrants.

In 1804, several “Newark financiers” got together in Nathaniel Seabury’s Inn to organize the Newark Banking and Insurance Company. In 1812 the New Jersey Legislature authorized banks in Newark and other cities. In that same year, William Pennington, war hero of 1780, headed a group that met at Roff’s Tavern to organize Newark State Bank. Though not profitable at first, these two banks survived as the National Newark and Essex and the First National State banks.

The town’s first newspaper was founded in 1791, the Wood’s Newark Gazette and New Jersey Advertiser, followed five years later by the Centinel of Freedom, which among other things carried advertisements for the sale of Negro slaves, and notices of escaped slaves.

By 1834,there were fourteen churches, of various denominations, including two for “coulored persons”. White men, women and free African Americans were allowed to vote until 1807, when the NJ Legislature took away women’s suffrage and banned “blacks and foreigners” from voting as well. African Americans were not permitted to vote again in New Jersey until 1875, and women in 1920.

Such was the nature of the Dominant Culture and power base set in motion and maintained by the Puritans and those of Anglo-Saxon Protestants heritage in Newark, with the help of an ample police force, which early on included members of other European ethnic groups, and one African American (Augustus Dickerson, 1874-78).

The descendants of these white Anglo-Saxon Protestants as a whole have long since left Newark to move to the suburbs, but continue their business operations, joined by other ethnic groups as successful entrepreneurs in fortune five hundred corporations and other large businesses throughout the city; heads of social service agencies and charitable foundations; doctors and lawyers, government officials, hospital officials and educators.  The businesses they head make their political mark through the money they command, not only in Newark, but throughout the state and nation. 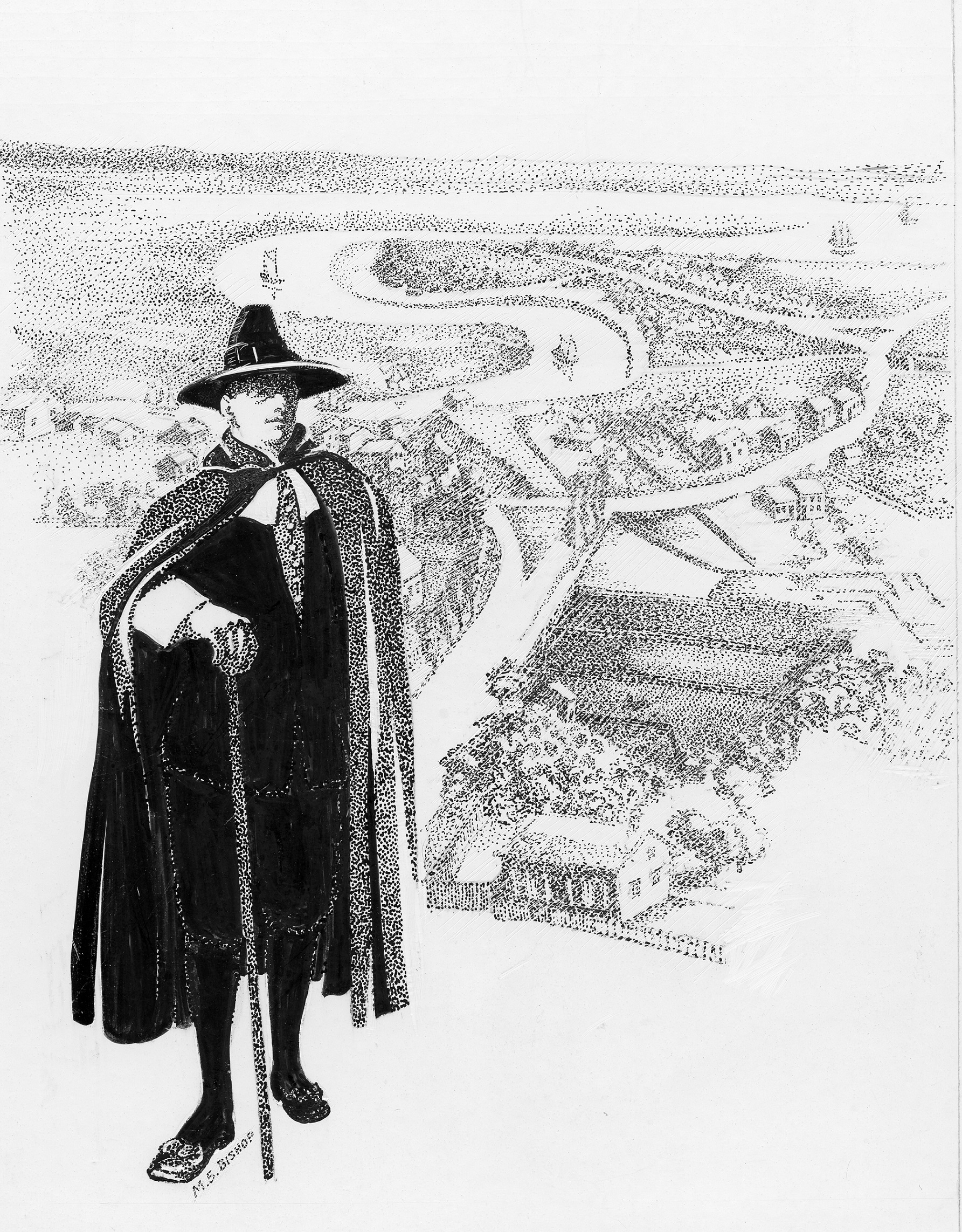 Illustration of Robert Treat standing in front of the settlement of NewArk. Treat led the Puritans from Connecticut and orchestrated the purchse of land from the Lenni-Lenape for the settlement. — Credit: Newark Public Library 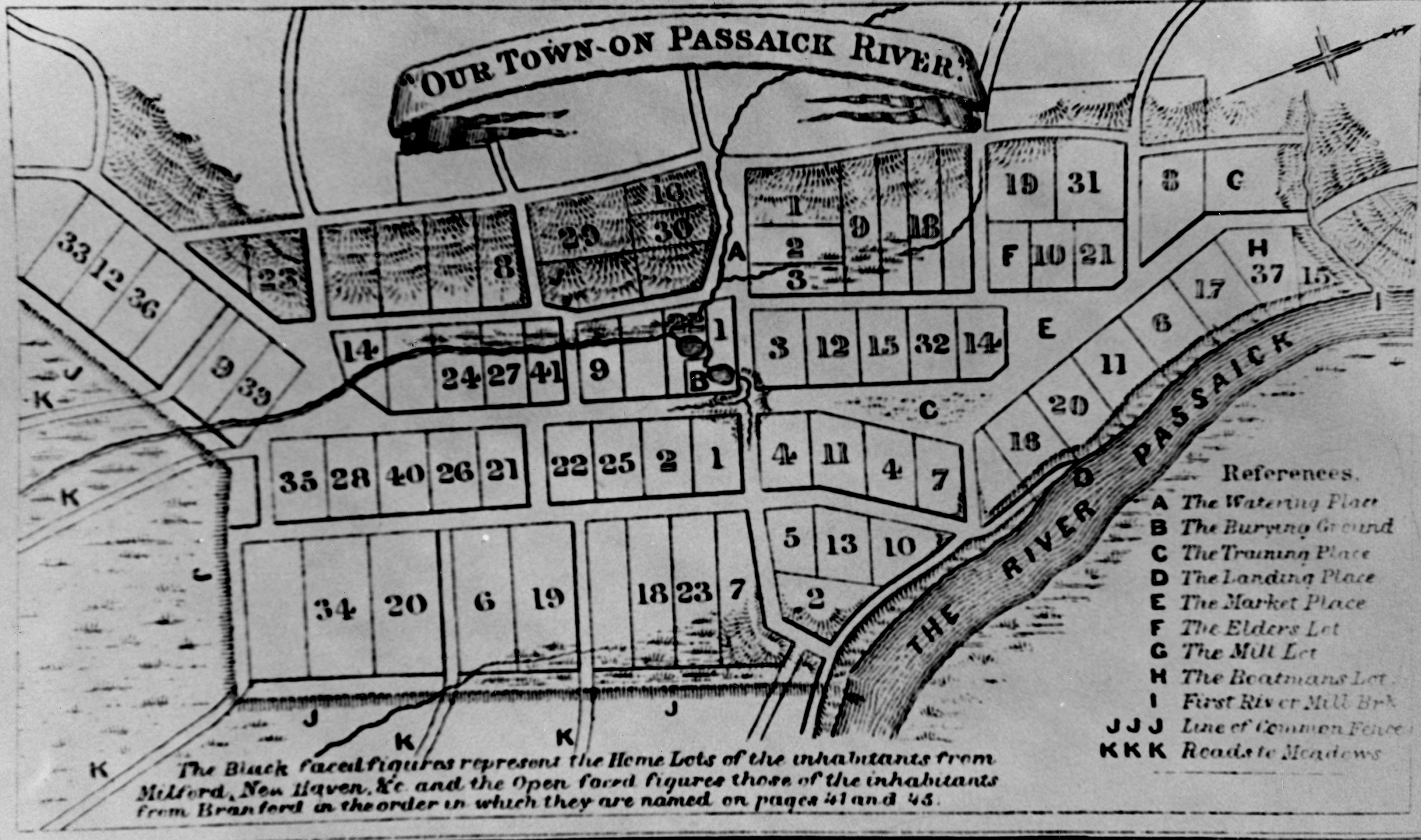 Our Town on Passaick River

Map of the settlement of Newark on the Passaic River indicating the lots of settlers from different hometowns. — Credit: Newark Public Library 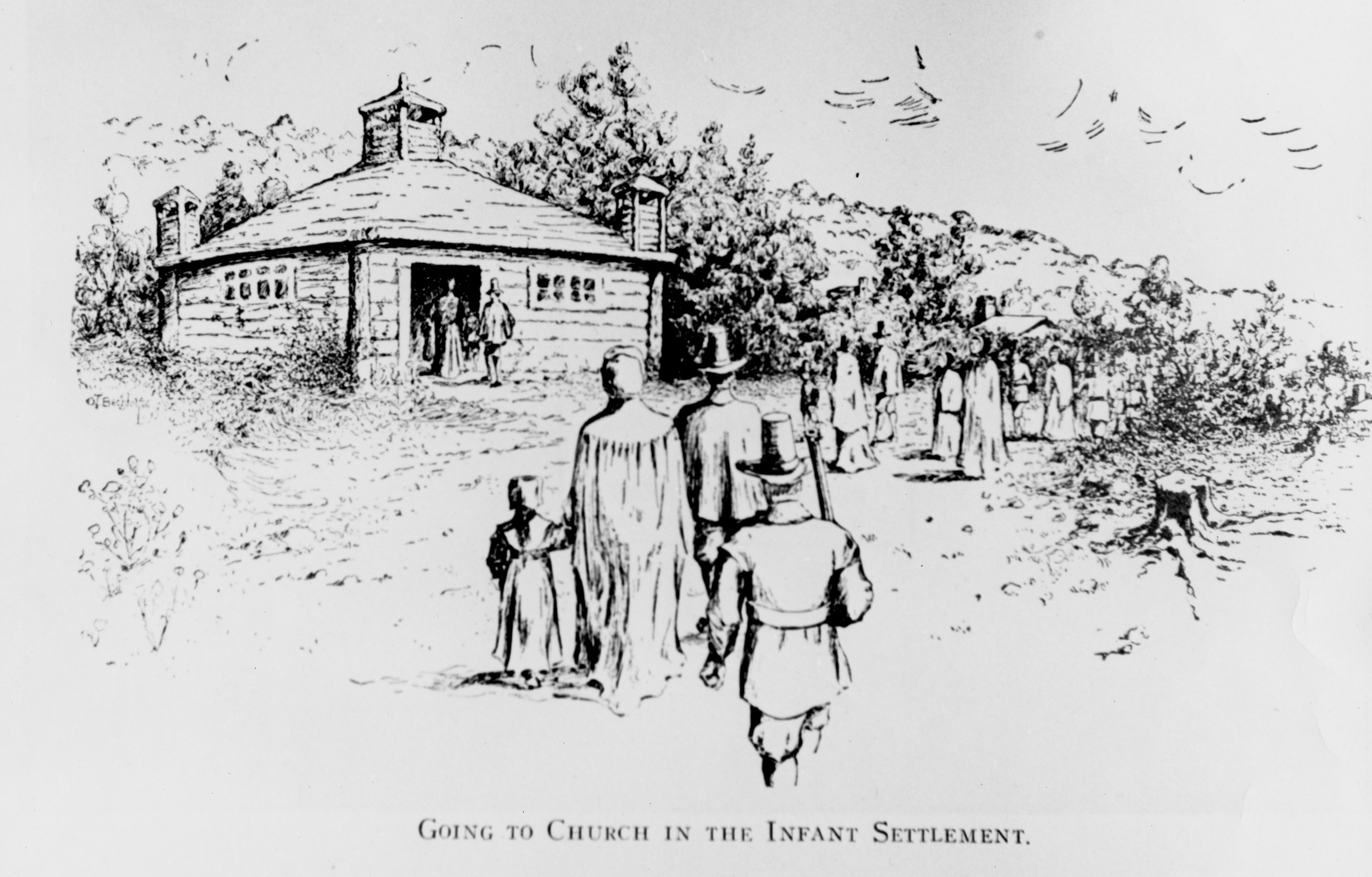 Illustration of English settlers walking to church in the early days of the settlement of Newark. — Credit: Newark Public Library