The Germans began arriving in Newark in earnest in the late 1840s and early 1850s, when they fled the Fatherland after failed revolutions in 1848-49. The German influence would endure throughout the rest of the 19th century. These immigrants were generally “highly literate and strongly vocal”. They were given to drinking beer and playing sports on Sunday, contrary to local Puritan ordinances and feelings about such things. “Germans joined the Irish as objects of open prejudice. The Irish were scorned mainly because of their (Catholic) faith; Germans because many of them were Catholic (but also Lutheran, Methodist, Presbyterian and Hebrew), and because their language, their Sunday pleasures and their stubborn belief in freedom of spirit branded them as unmistakably ‘foreign’. This was a time of bitter anti-foreign and anti Catholic feeling, led by militant Protestant groups…”

Writer Martha Lamb praised the German newcomers in Harper’s Magazine in 1876: “…The German quarter on the hill is one of the interesting features of the city. A section two miles square on a snug, paved…city within the city.  The Germans who dwell here are chiefly employed in the factories and nearly all own their own houses.  They live economically and save money. German habits and customs appear on every side…they have adapted so well that they own major (beer) breweries and leather factories.  Some have organized a bank and insurance company…some are leading physicians…others have taken to introducing good music and literature to the city…”

The German village was in an area north and west of downtown Newark, where beer gardens were an important component. In 1877,the Puritan clergymen and other citizens formed the Newark Law and Order League to enforce the no-drinking-on-Sunday law. German saloonkeepers organized a general strike, stopping all city activity. In 1879, with Germans switching parties from Republican to Democrat, they elected German businessman William Fiedler as mayor to uphold the interest of the “open Sunday group.”

German-owned breweries sprung up in Newark, taking advantage of some of the purest water in the East Coast. Names like Krueger meant good beer, but the largest brewer, Peter Ballantine, was a Scotsman who made a success in emulating the German style of light, lager beer.  All of these breweries are now closed.

Germans eventually moved further west along Springfield and Clinton Avenues, into what is now Irvington.  In the 1950s and into the 60s, they, like most of the people in the other European ethnic groups, left Newark and Irvington for the richer suburbs further west and throughout the state. 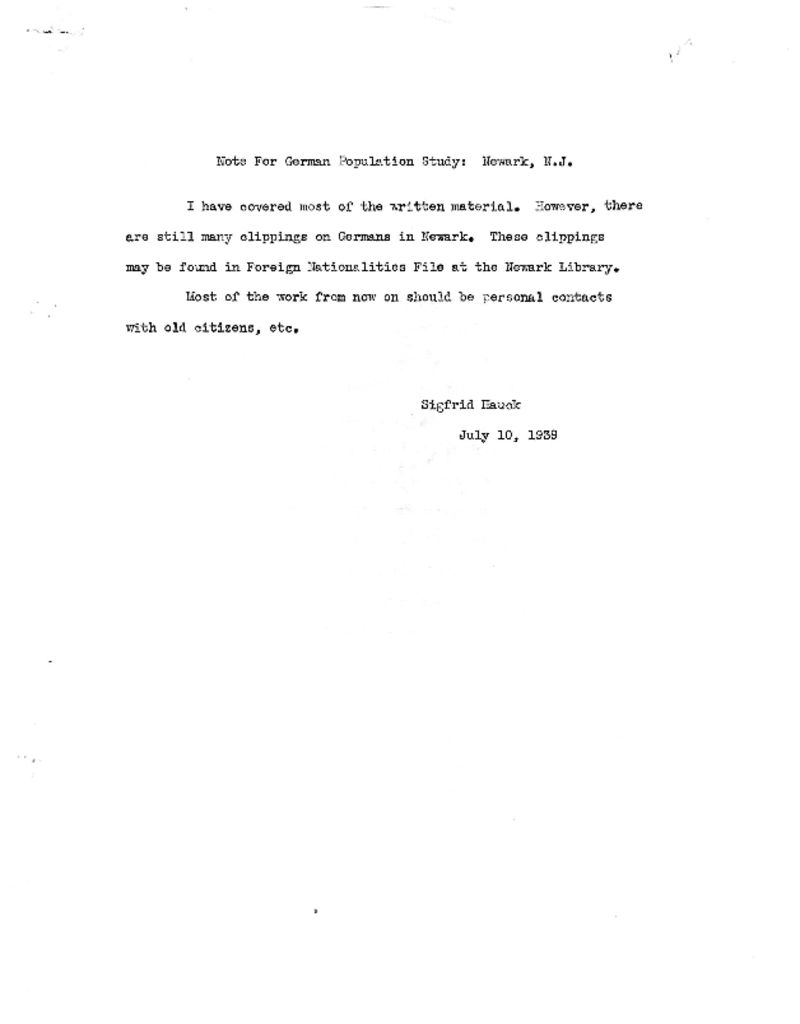 Newark and its German Element

Report on German populations of Newark, as compiled by Works Progress Administration (WPA) staff in the 1930s. The WPA employed millions during the Great Depression through projects such as ethnological surveys of major cities like Newark. — Credit: New Jersey State Archives 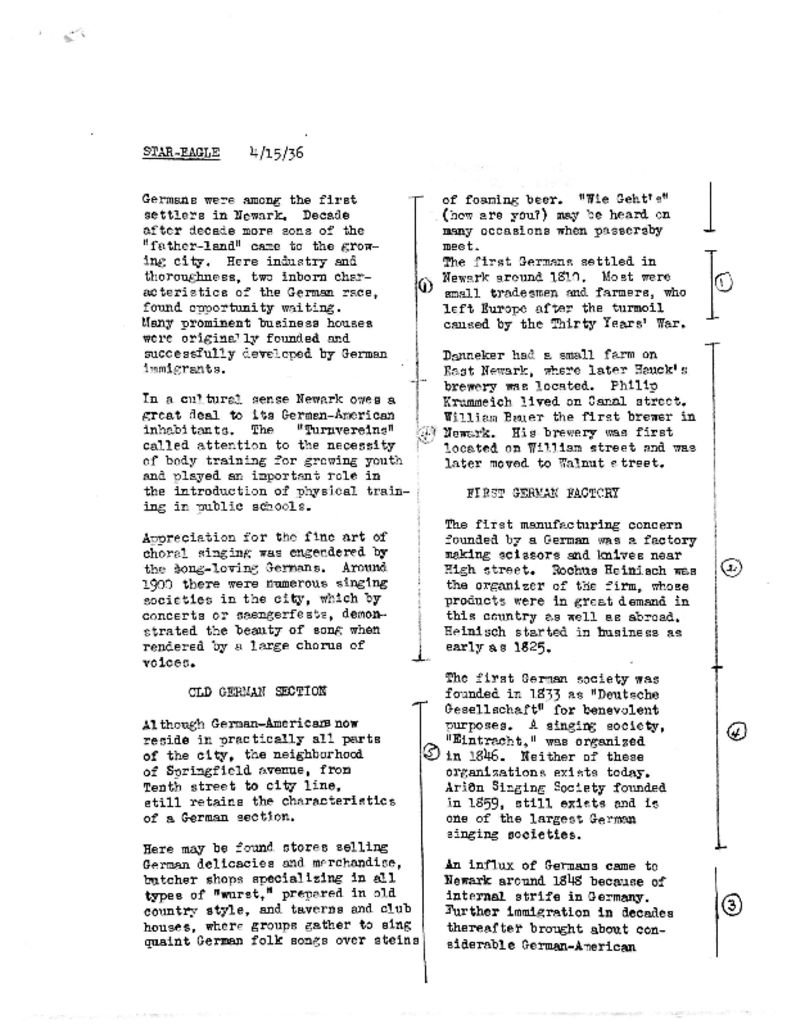 Timeline of Germans in Newark

Timeline of German immigration and development in Newark, as compiled by Works Progress Administration (WPA) staff in the 1930s. The WPA employed millions during the Great Depression through projects such as ethnological surveys of major cities like Newark. — Credit: New Jersey State Archives 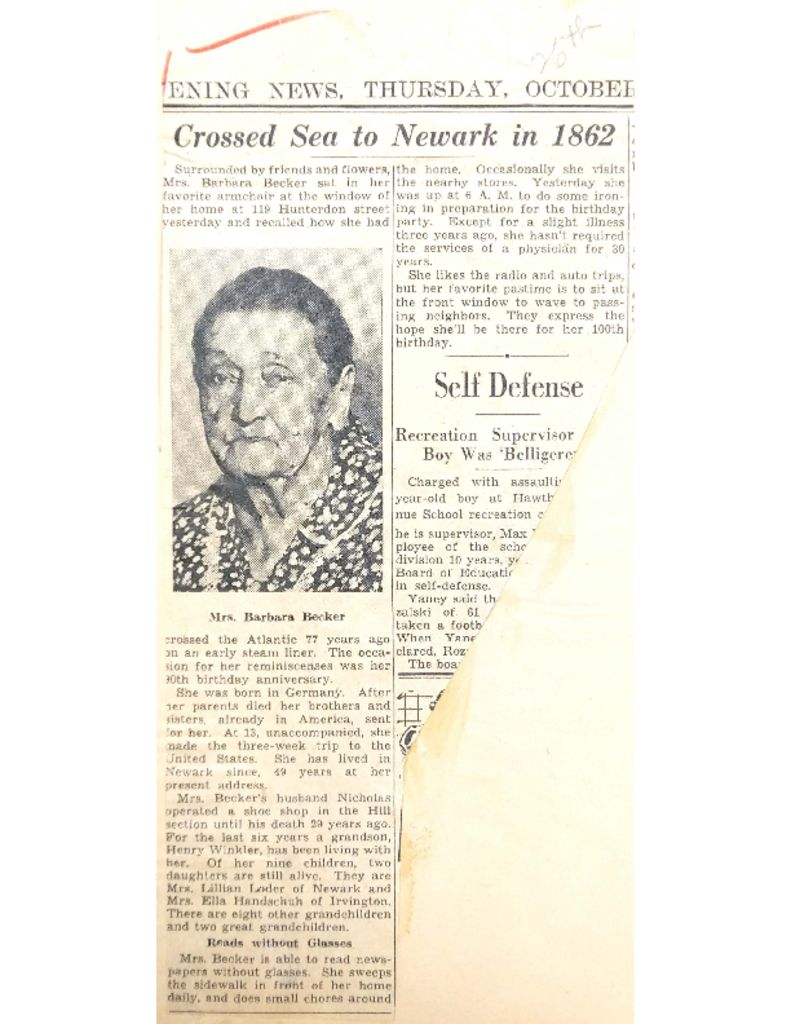 This article from the Newark Evening News covers the reflections of German immigrant, Mrs. Barbara Becker, on her immigration from Germany to Newark in 1862. — Credit: New Jersey State Archives 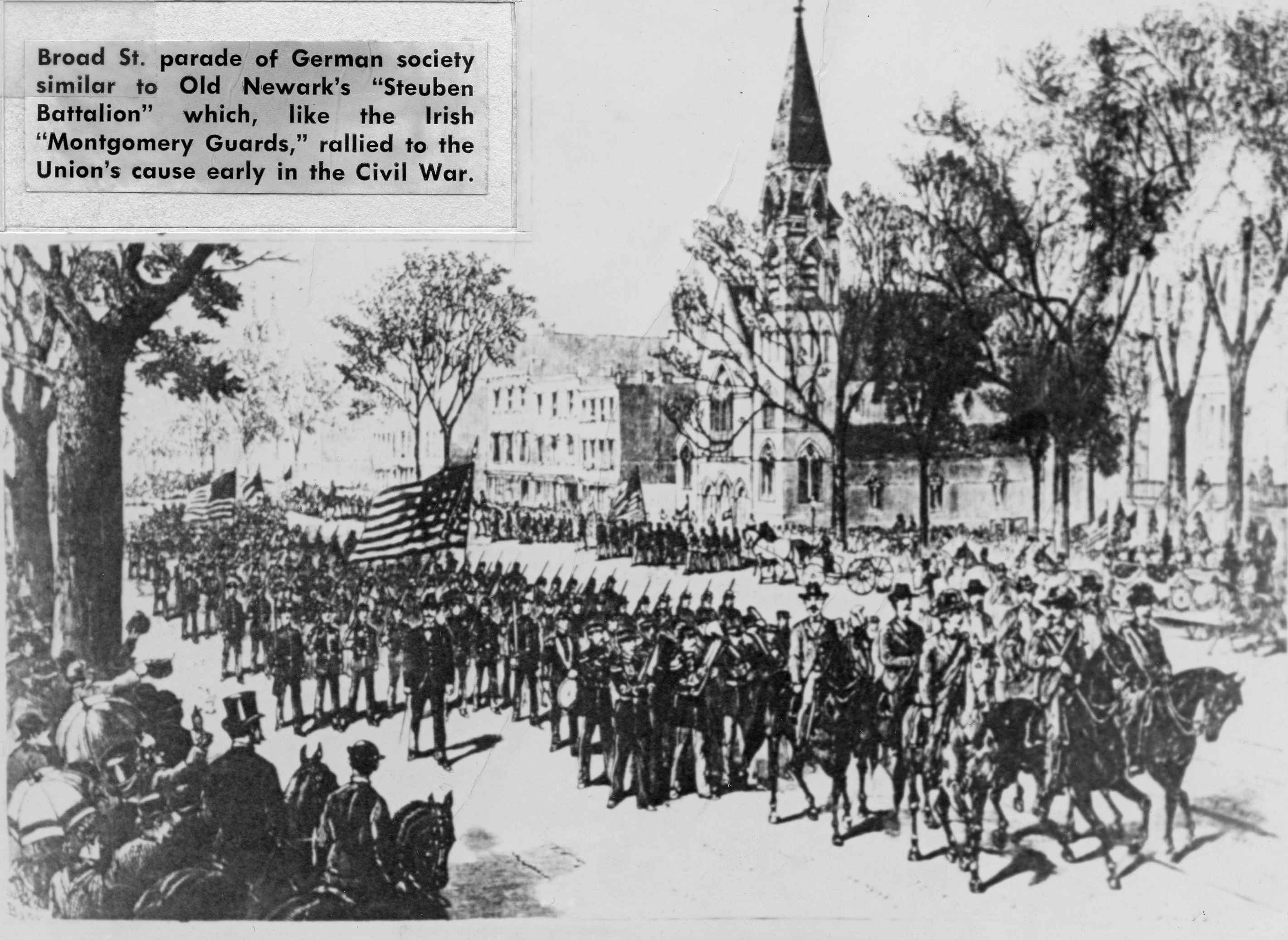 “Broad St. parade of German society similar to Old Newark’s ‘Steuben Battalion’ which, like the Irish ‘Montgomery Guards,’ rallide to the Union’s cause early in the Civil War.” — Credit: Newark Public Library

Artist’s rendering of Newark’s Germantown in the 19th Century. Germans began arriving in Newark in the late 1840s and settled in an area northwest of downtown Newark, before later settling along Springfield and Clinton Avenues in what is now Irvington. — Credit: Newark Public Library 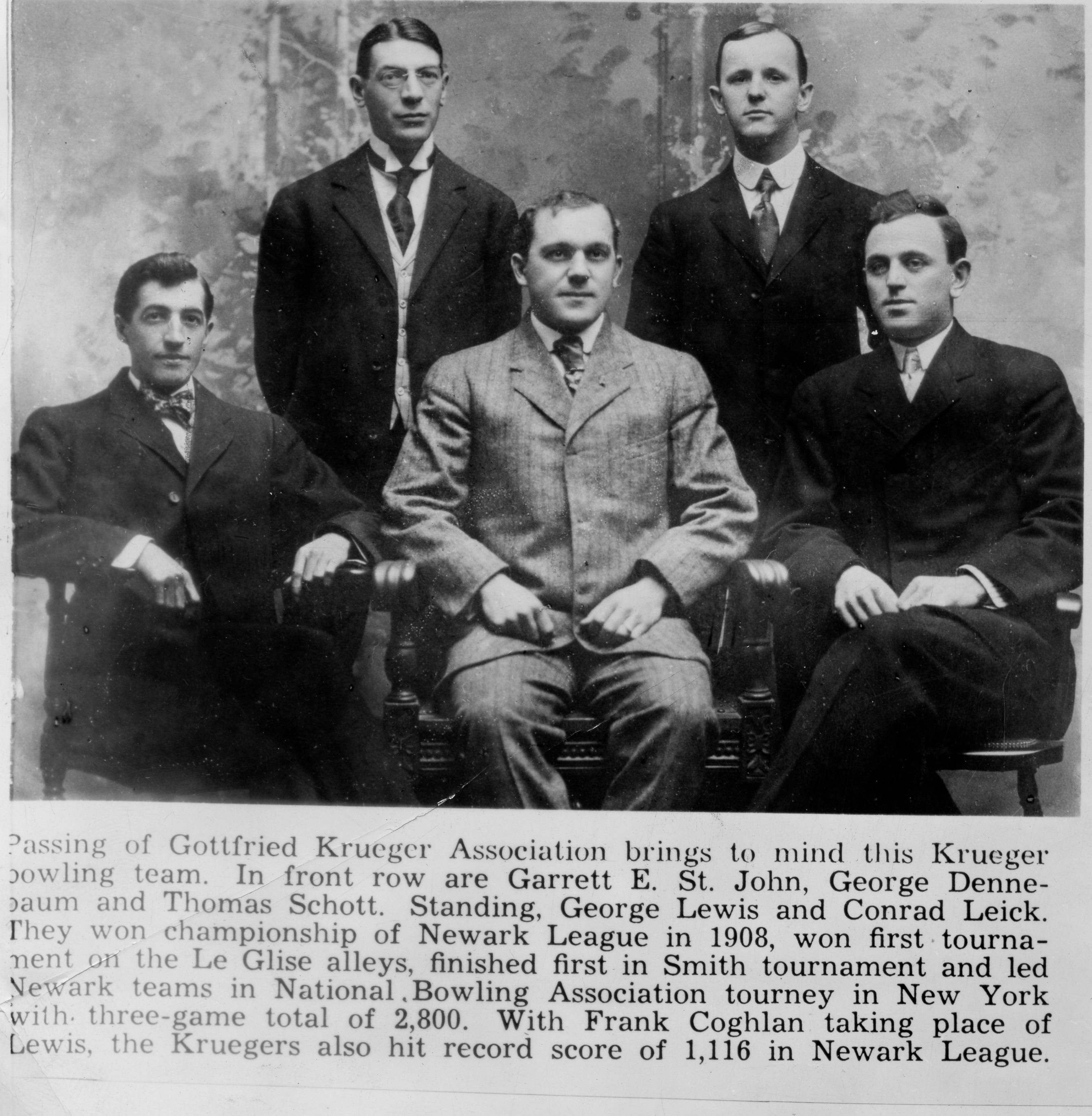 A 1908 photograph of Newark’s German Krueger bowling team. The Krueger brewery was one of Newark’s many German-owned breweries, which took advantage of some of the purest water on the East Coast and employed many German immigrants. — Credit: Newark Public Library 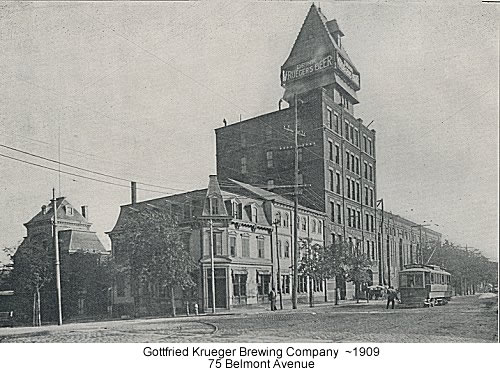 The Krueger brewery was one of Newark’s many German-owned breweries, which took advantage of some of the purest water on the East Coast and employed many German immigrants. — Credit: Newark Public Library