The original people on the land now called Newark, New Jersey, were the Lenni-Lenape, who were part of the Algonquin nation. Some of the other tribes scorned them for their peaceful ways, such as the Iroquois who called them “The Old Women.” They frequently were the intermediaries in resolving problems within the nation. Contact with whites was sporadic until the early 1600s. Dutch traders treated them with contempt, thought about them as possible slaves, but traded with them for pelts and furs, paying them with rum and guns.

The Lenni-Lenape based their culture and life-style on adaptation to the natural environment. Hence they traveled with the seasons, making full use of the environment.

The prevailing story tells us that the Lenni-Lenape sold a vast track of land to the Puritans in 1666 from which emerged the city of Newark. The Puritans “bought” the land for goods valued by them at $750, which included guns, coats, beer, and similar items. The Englishmen prided themselves for fairness but later congratulated themselves on what a good deal they made. “Just think what this purchase means! Today you would find it hard to buy a piece of ground anywhere in the city (25’ x 50 or 100’) for twice the sum the settlers paid for the whole town.” But lawyers would say there was meeting of the minds in such a sale. The European concept of ownership of property was not known to the Lenni-Lenape; the land belonged to all and was to be used in a way that continued its value to people, as it had been done for hundreds of years before the white man came.

There was very little resistance mounted by the native people in the Newark area. Other stronger tribes, according to Urquhart, had defeated them but as pointed out, they were peaceful people unlike the more war like tribes who fought the settlers in Connecticut, from whence Robert Treat and the settlers derived.

Some of the Lenni-Lenape fled north, others to the west. Those that stayed were restricted in their movement, and were stricken by white diseases such as small pox, measles and influenza, for which they had no immunity.

In 1775, the Algonquin nation, including the Lenni-Lenape, sided with the French in the French-Indian War, in hopes of pushing out the English settlers. This did not work out well. In 1778, the New Jersey Legislature established a permanent home for the Lenni-Lenape on a reservation in Burlington County. The tribe by this time had dwindled from 2,000 from their first encounter with the Dutch, down to about 200.  In 1801, the reservation was sold, the proceeds going to the remaining 85 native people, some of whom went to New York, Wisconsin, Canada; others went to Bergen County, and some made the long trek to Oklahoma to “Indian Territory” with the Cherokee.

The Lenni-Lenape are not an extinct tribe. Some remain in New Jersey near the town of Rancocas.  Tribal members in different areas of the country are trying to sustain the language and traditions in the face of the pressures of the Dominant Culture. 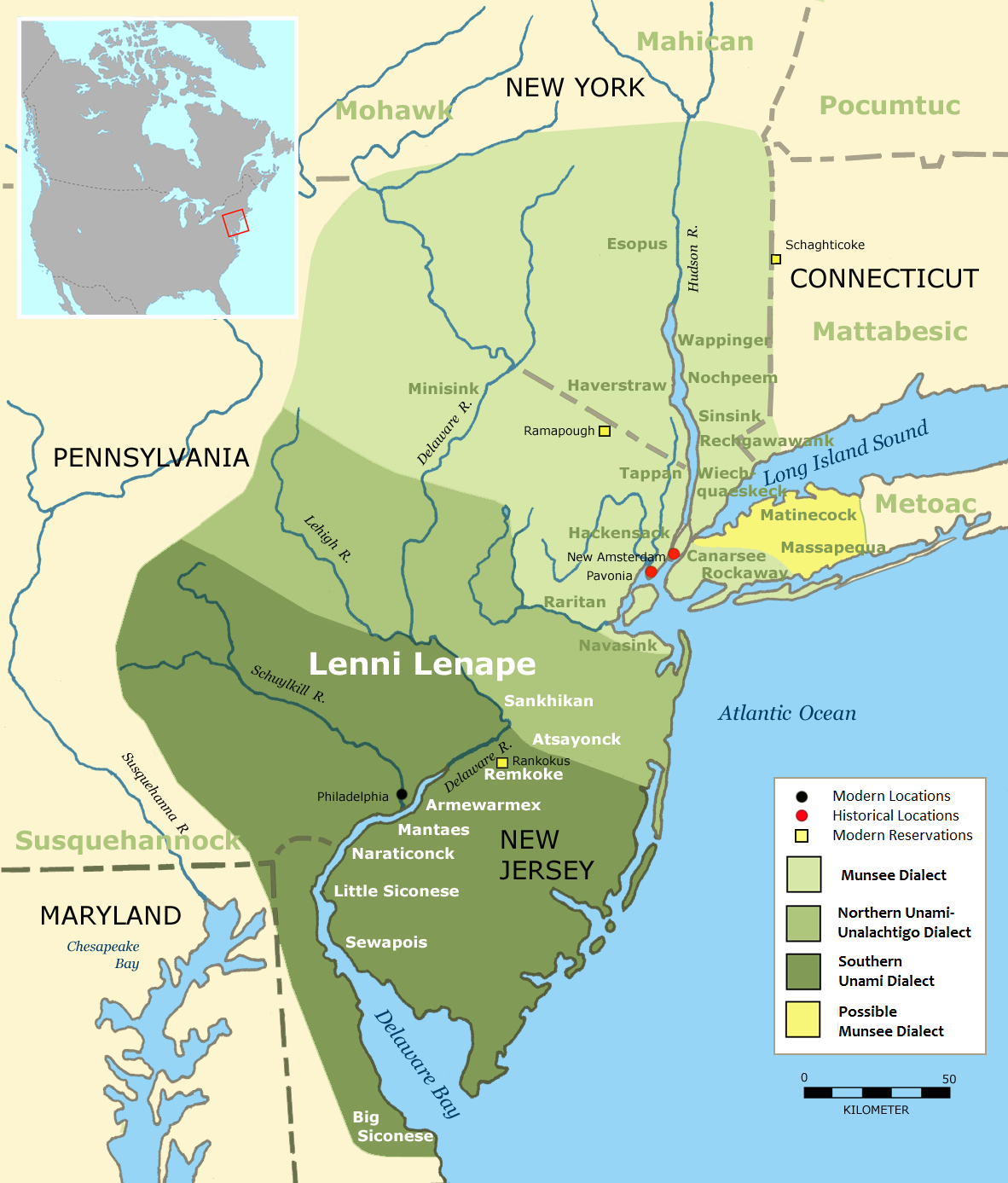 Map of Lenni-Lenape territory spanning from what is now Delaware to New Jersey, Pennsylvania, and New York. — Credit: Wikipedia 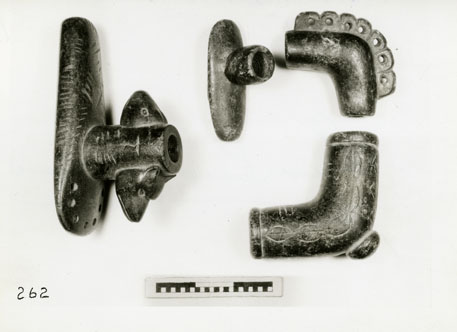 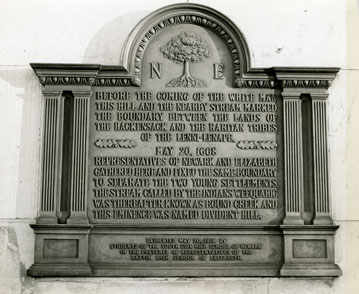 Plaque commemorating the “settlement” of Newark on the lands of the Lenni-Lenape and the renaming of native landmarks. — Credit: NJ State Archives 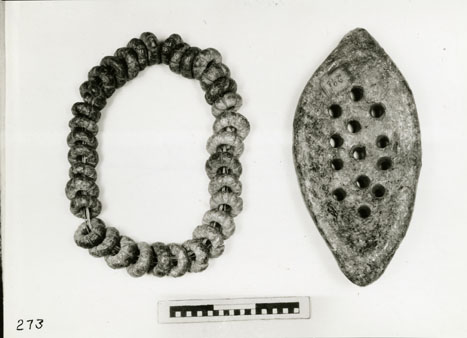 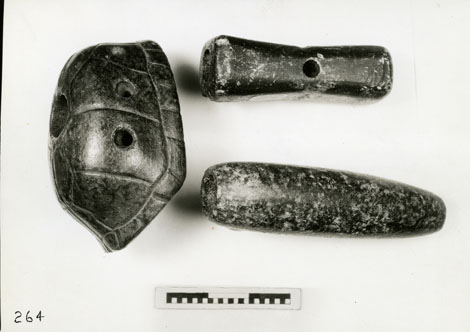 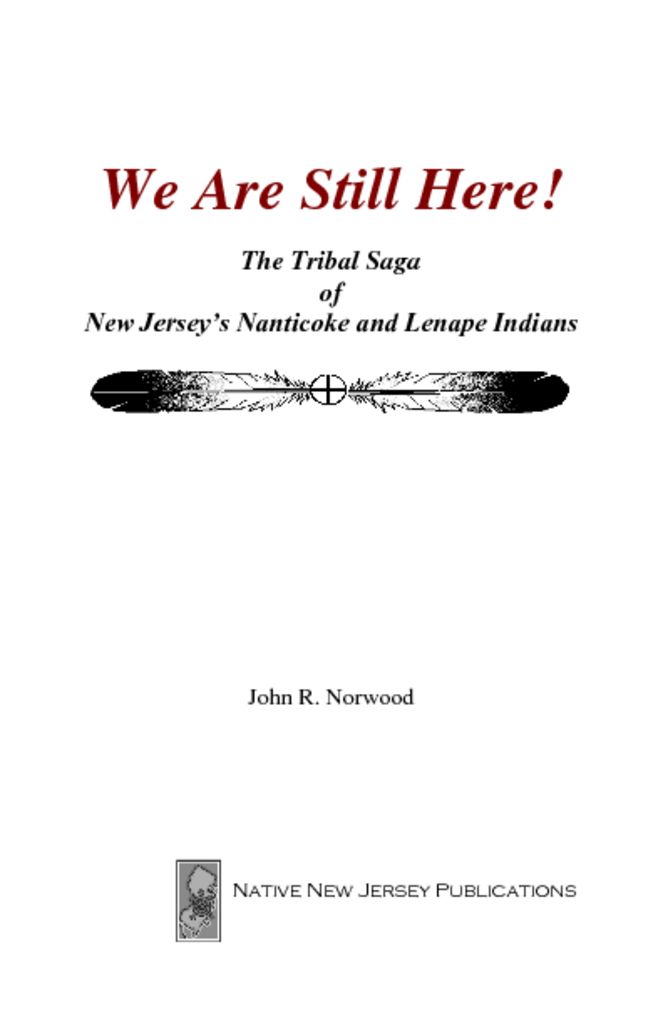