Robert Lee Martin moved with his parents, Weldon and Ruby Martin, and three of his siblings to Newark in 1966 after graduating high school in Greenwood, Mississippi. By the time Robert Lee graduated high school, three of his older sisters had already married and moved north to Newark. The Martin family relocated to Newark in search of better employment opportunities, and Robert Lee found work as a janitor for $70 per week with his brother-in-law, Herbert Price.

Around 5:00 P.M. Friday July 14th, Robert Lee Martin and Herbert Price were walking up Mercer Street from Springfield Avenue on their way back to the Scudder Homes apartment where Price lived. The two had worked the night before, Price until midnight, Martin until 6:00 A.M., and had consequently slept for most of the day. After waking in the afternoon, the two went out to buy groceries, but found the stores too crowded and made their way back to Price’s apartment empty-handed.

As Price and Martin walked up Mercer and passed Broome Street, they noticed a crowd gathered in front of the Scudder Homes project. The crowd had gathered to see what was taking place on Springfield Avenue, which had been the setting for much of the “rioting” and “looting” over the past two nights. Mercer and Broome streets, though, had been relatively calm that day.

Price later recalled the events that followed: ‘I just glanced back over my shoulder…and I saw a police car in the intersection in back of me. Some of the police were standing with their guns up in the air. The police had yellow stripes on their pants. I don’t know where the shots came from but they were the only police in back of us that I saw. I just glanced back, you know, and there in front of me part of Robert’s head flew open and he went down. Part of his head just flew open before he hit the ground.”

Given the lack of radio communication between law enforcement agencies during the rebellion, it is likely that the multiple shots fired at Robert Lee Martin by police were mistaken as “sniper activity” by other officers. Moments after the shooting of Martin, a different group of police officers opened fire on the crowd that Price and Martin saw in front of the Scudder Homes on Broome Street, claiming that they were responding to “sniper fire” coming from the upper floors or roofs of the buildings. These police responded by opening fire at ground-level, taking the life of 73-year-old Isaac Harrison.

Robert Lee Martin was dead at the age of 22 after having been shot multiple times by police while walking home from the grocery store, empty handed. ‘I’ll never forget Robert going down like that,’ Herbert Price later said. ‘I see it sometimes, you know. I never want to talk about it but if it can do some good, I do it.’ 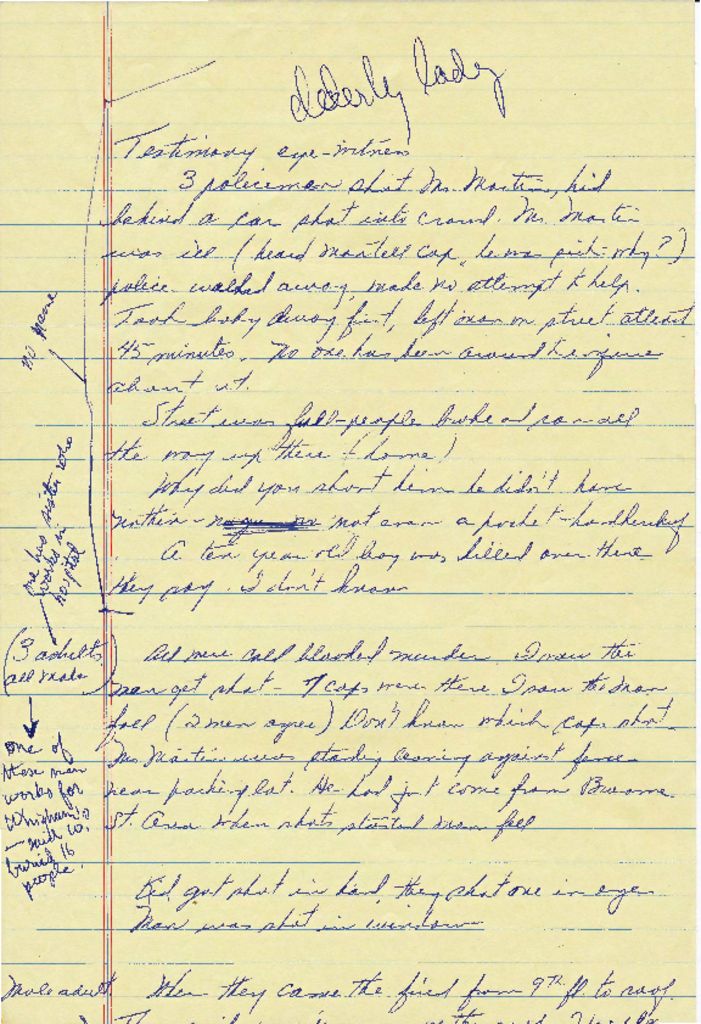 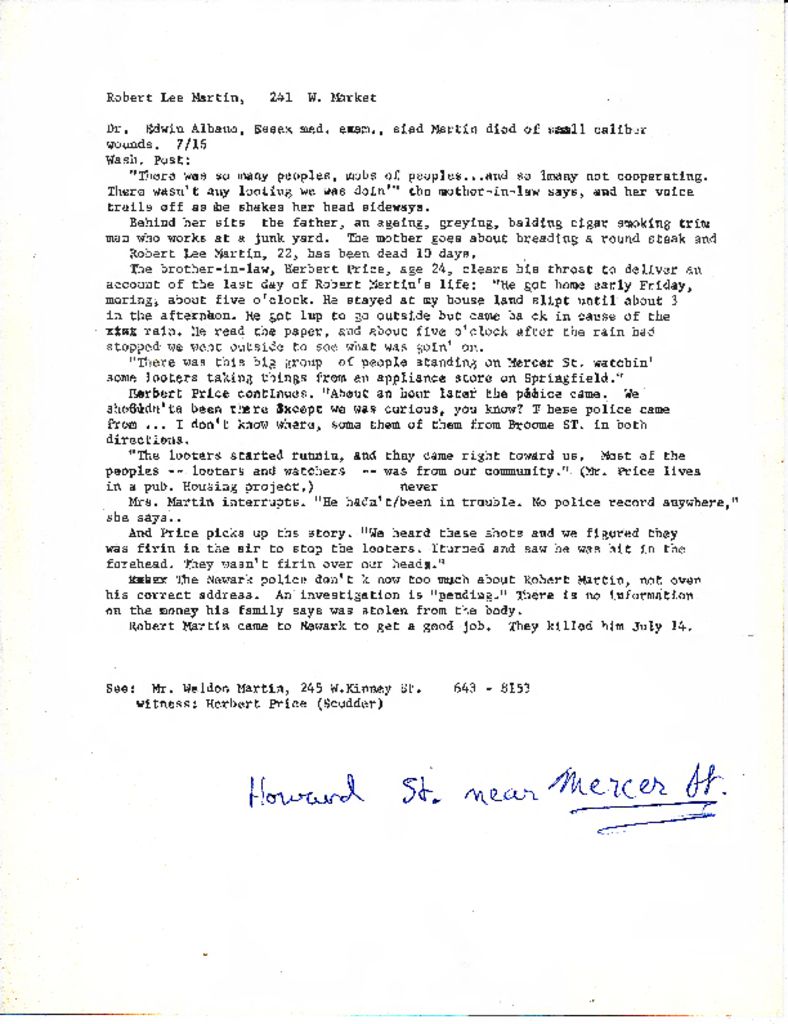 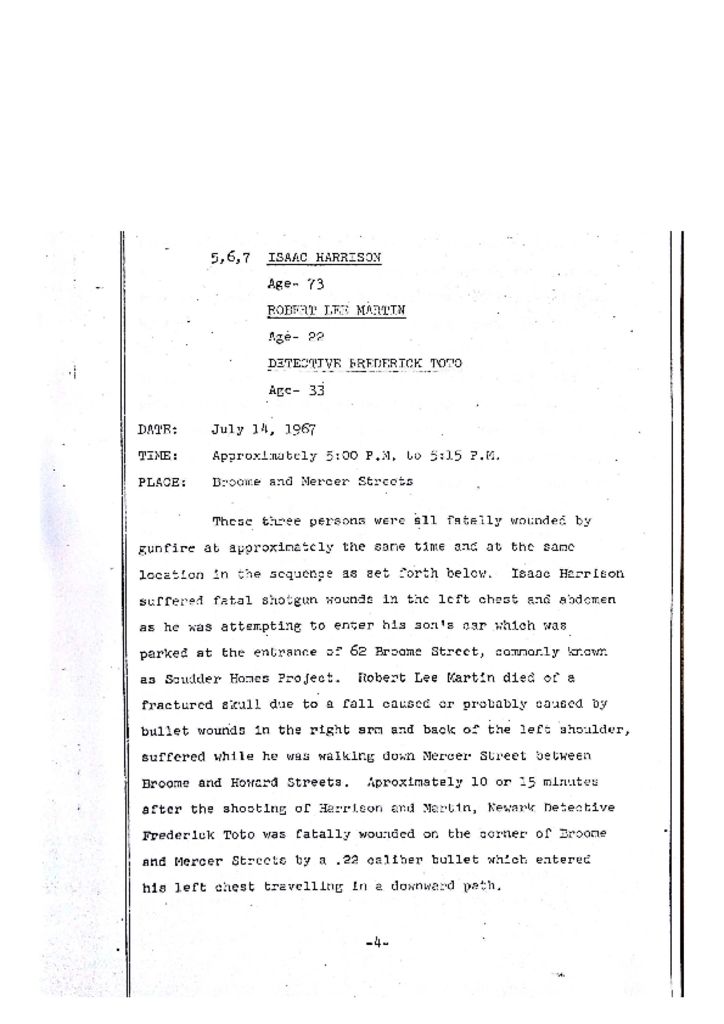 Grand Jury report describing the fatal shooting of 22-year-old Robert Lee Martin on July 14, 1967, who “died of a fractured skull” after being shot by Newark Police while walking down Mercer Street. The Grand Jury found “no cause for indictment.” — Credit: Newark Public Library