Constitution and By laws of Police Precinct Council 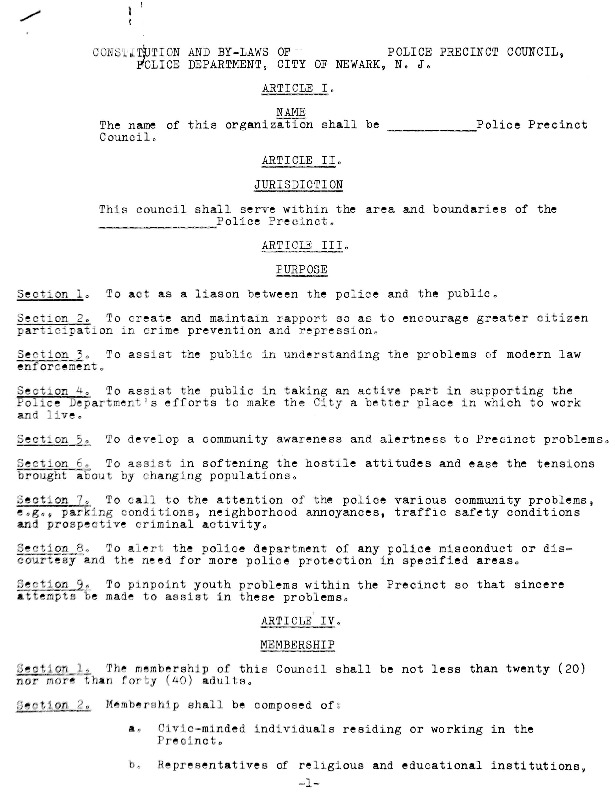 Constitution and By-Laws for Newark Police Precinct Councils. The precinct councils were established as an alternative to a “police advisory board,” which Mayor Addonizio rejected in April 1963. According to the article, Addonizio said “the councils are to tell citizens that the police are their friends.” Following an influx of allegations of police misconduct and brutality in early 1963, African American community leaders advocated for the establishment of a “review board” or “advisory board” to investigate allegations of police misconduct. The struggle over a police advisory board continued through the 1960s and was a polarizing topic along racial lines in Newark. — Credit: Newark Public Library

Constitution and By laws of Police Precinct Council